Requirement: This tutorial is based on the Particles Fire tutorial. Alternative Particles Flame can be used.

The flame particle will be copied and modified to simulate smoke via an alpha texture.

- The RGB map is plain white. With a white RGB map it is easy to simulate colored smoke including black smoke.

- The Alpha map is visible in the center fading out to the border. 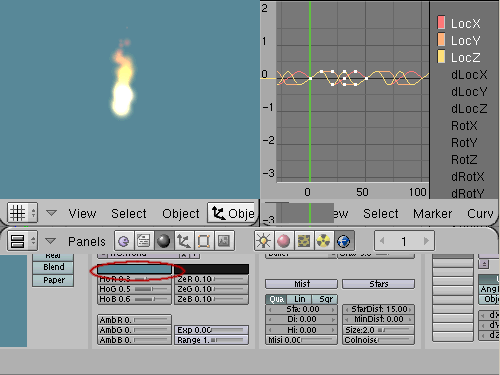 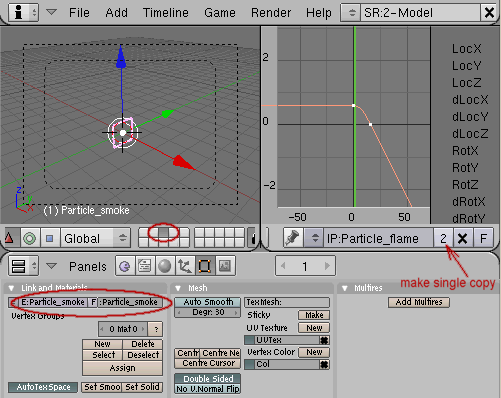 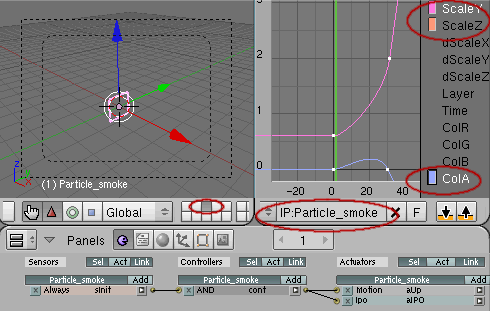 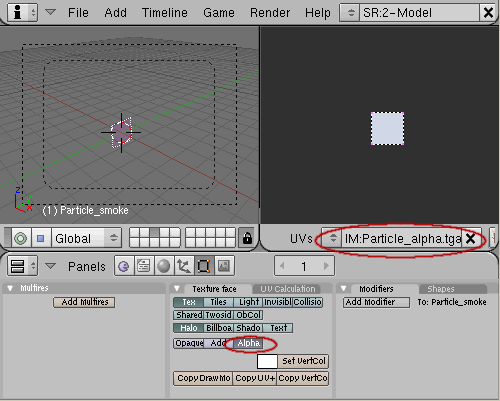 Retrieved from "https://gameblender.fandom.com/wiki/Particlesmoke?oldid=2733"
Community content is available under CC-BY-SA unless otherwise noted.